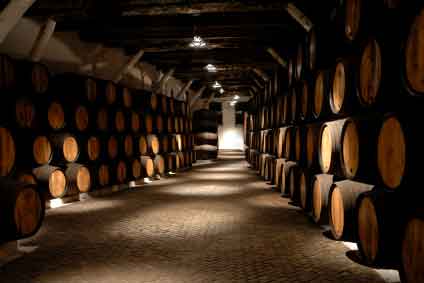 About the Wine Industry

The Walla Walla Valley is one of Washington State’s leading areas of wine production. Located at the base of the Blue Mountains in Washington’s southeast corner, Walla Walla Valley has over 1,800 acres of planted vineyards and there are over 100 wineries in Walla Walla. For many of the residents here, wine is much more than just a luxury liquid – it is a way of life. The impact that the wine industry has made on local residents can be seen in all areas of life, but the impact it has on the local economy is staggering. Estimates say that the local wine industry has contributed over $100 million to Walla Walla’s economy in the recent years. The Walla Walla Valley is capable of producing over 20 different varietals including the more exotic such as Cinsault, Barbera, Dolcetto, Malbec, Mourvedre, and Tempranillo; but the area is truly known for its world-class Merlot, Syrah, and Cabernet Sauvignon.

History of Wine in Walla Walla

With an area that is so rich in producing quality wines, it is no surprise that wine making in Walla Walla is a craft that has been perfected with over 150 years of experience. The earliest trace of a wine industry in Walla Walla goes all the way back to the 1850s, when settlers first began to cultivate vines to make their own homemade wines. These humble beginnings eventually shifted into a commercial enterprise, but 130 years would pass before the first present day winery would become established in 1977. Seven years after, in 1984, the area became federally recognized as an American Viticultural Area (AVA) that covered only 60 acres of vineyards and included just four wineries. This was just the beginning, and there is no end in sight as today the industry has grown to over 100 wineries with more than 1,800 acres of vineyards that dominate the landscape.

You are subscribing to jobs matching your current search criteria.